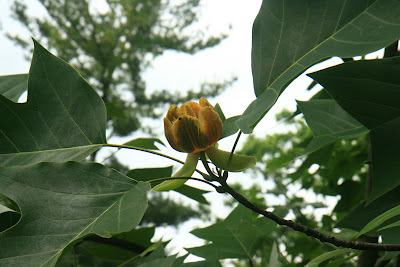 Many people realize that the closest relatives of many of our distinctive and unusual deciduous forest plants occur not nearby, or even on the same continent, but on the opposite side of the globe in temperate southeast Asia (China, Japan, and Korea). The list is long, but one of the most striking is that fact that there are only two tulip trees in the world. Our eastern North American (and Michigan) native, and one in China (and northern Vietnam). After waiting for years, this spring was the first flowering for my small Chinese tulip tree, Liriodendron chinense. 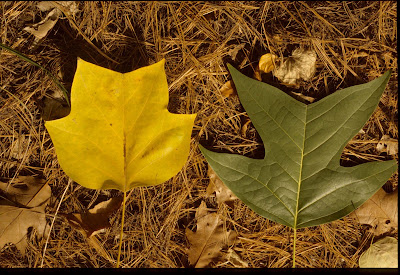 This is a smaller tree than our native Liriodendron tulipifera, very rare and mostly subtropical in China. The hardiest forms from the northernmost colonies can survive in southern Michigan, but it is exceedingly rare in cultivation. But while it is fun to see the first flowers, compared to our native, they are less attractive. The flowers lack the orange flare on the petals, and they are smaller and duller. That’s not a big deal — nobody really grows tulip trees just for their flowers since they are borne high in the tree, and when the leaves are fully expanded. But the Chinese species does have much larger, more strikingly cleft, leaves which are often purplish tinged when expanding. And besides, you could ask the same question of stamp collectors who treasure the rare misprinted stamps, like ones with the image upside down. They are very rare and so is the Chinese tulip tree. Besides, it is amazing to think of how similar the two species are despite having been separated for many millions of years on opposite sides if the earth, and why this should be. What is so special about tulip trees that their form has not changed despite such a long period with different histories?

GreenStreet Tree Care in Ann Arbor, Michigan has four ISA Certified Arborists on staff. Contact us to schedule a consultation with our tree care experts.